At SYNLawn, we are dedicated to manufacturing products that will stop the spread of fire. Dallas artificial grass is designed to protect your property, family, and friends by meeting the industry's highest safety standards. Traditional grass can act as a catalyst to a fire outbreak and with SYNLawn products your landscape with serve as a barrier to a property disaster. The most common ways your home or business can catch fire are wildfire and falling embers on rooftops. Dallas artificial turf will keep flames at bay by utilizing nylon fibers and offering the only Class A fire-rated products catalog. 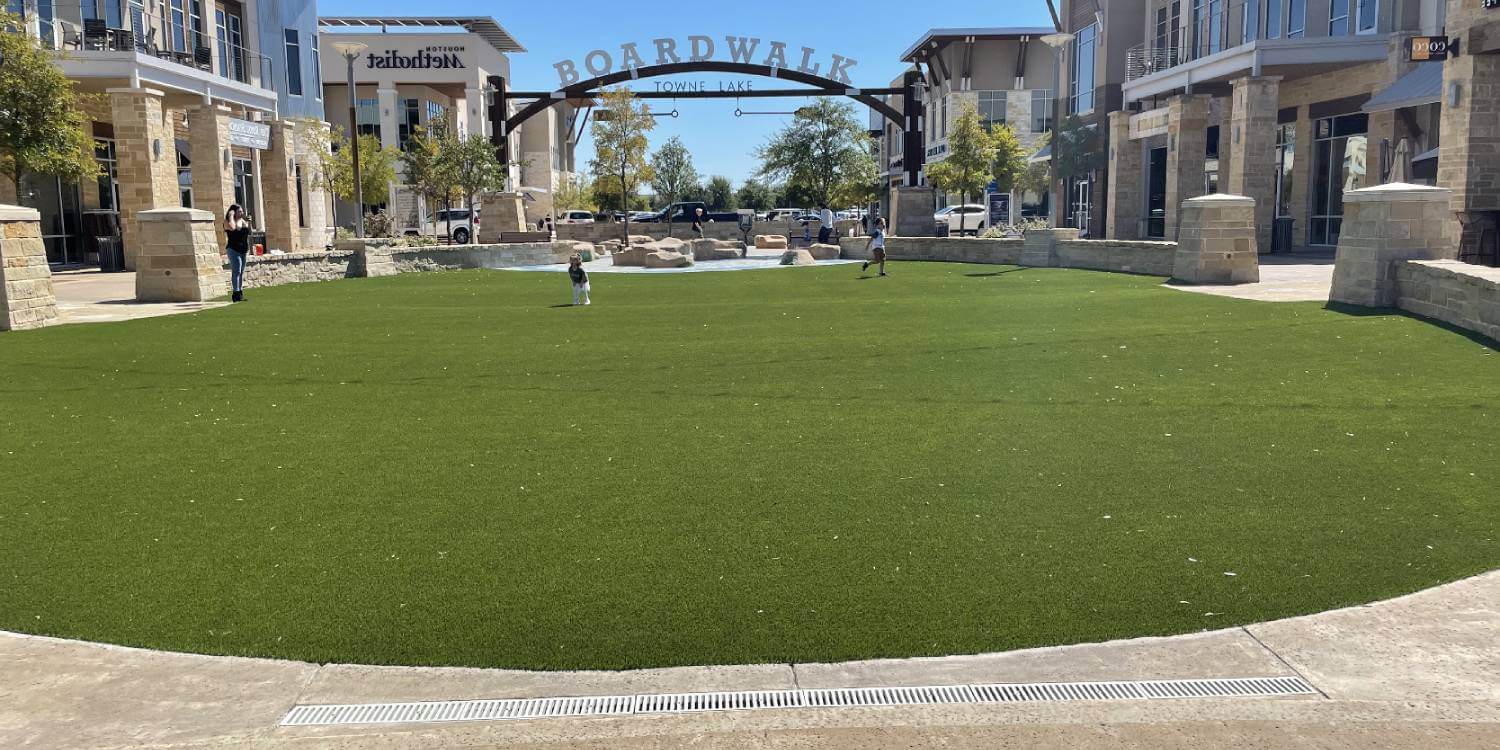 The Only Dallas Artificial Turf with a Class A Fire Rating

In today's market, many competitors try as they might deliver products that meet the same level of flame resistance, however, there is only one company that offers products with a coveted Class A fire rating from ASTM, SYNLawn. Products that come with a Class A fire rating expand the crucial time window necessary for first responders to arrive at the scene and extinguish the blaze. No other company comes close to matching the excellent durability and fire resistance that SYNLawn products provide.

SYNLawn products must pass eight tests that grant them a Class A Fire Rating:

Our products not only fulfill our fire safety requirements, but they also come with the industry's strongest warranty against reflected light. SYNLawn Dallas synthetic grass can help prevent property damage while lowering the danger of serious and perhaps fatal injuries. This means that, unlike natural grass, our artificial grass will not fade in direct sunlight or dry up, making it an excellent barrier between your home and your business and a way to increase your property value.

In 2016, on the 14th floor of the Cosmopolitan Hotel in Las Vegas, a fire broke out and caused an intense panic. When the Las Vegas hotel's pet and pool areas were finished, more than 13,000 square feet of a competitor's synthetic grass made of polyethylene were installed, including 5,000 square feet in the Bamboo Pool area.

As a result of the extreme heat reflected off the glass that surrounded the Bamboo Pool region, the original grass began to melt over time. With competitor turf, the wind atop the hotel would have fanned the flames and caused them to spread rapidly.

The nylon fibers of SYNRye 211 slowed the burn allowing firefighters to arrive and save the day. As a result, SYNLawn was directly credited for containing what could have devastated the entire hotel and caused extreme injuries to its guests.

Customer Safety is Our Commitment

When we begin our manufacturing process, we ensure that safety is one of our top priorities. From start to finish our products are made in-house at our facility in Dalton, GA to allow us to control quality and provide consistency to all of our customers. In doing this, every installation we complete complies with our safety standards and will help to prevent the spread of fires and potentially fatal injuries. For more information on our products, services, and the many ways that we continue to offer the safest Dallas artificial grass, contact us today to schedule a free consultation!

Please fill out all mandatory fields with an astrerisk *

Your information will be held confidential with our company.